The Heavenly Head Massage system was originally created in 2001 by Shama Kern, the founder of Thai Healing Massage Academy. It grew out of the Thai Massage system, and then greatly expanded from there, becoming a separate modality.

The Indian Head Massage system, also known as Champissage, has been practiced in India for hundreds of years. In the 1980s it was introduced to the western world in England by Narendra Mehta, a blind massage therapist from India.

Massage therapy generally focuses mostly on the body from the neck on down. Some neck massage might be included, but it is very rare to find a massage therapist who specializes in excellent neck massage.

It is even more rare to find therapists who are able to do a full one hour therapeutic session on the neck which includes relaxation, deep work and neck manipulations.

Recently I googled “why does head massage feel good”. I was curious what people had to say about it.

There were lots of comments from people who loved getting their head massaged or shampooed in the beauty salon. Some even described head massage as an ‘orgasmic’ experience. 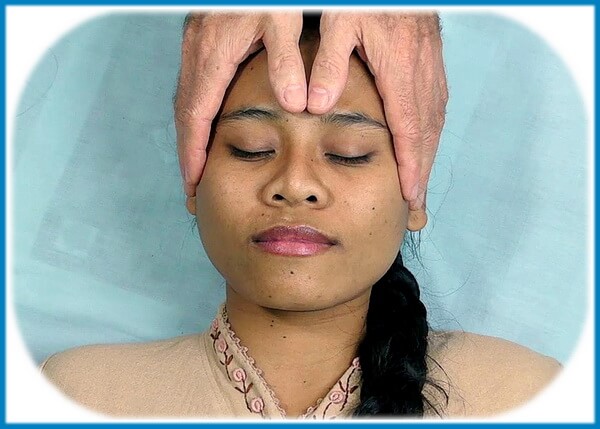 How It All Began

Heavenly Head Massage is a unique massage style which I have developed. This is the story how it came about. It’s a very personal story, and to be able to relate to it, you need to understand where I am coming from.